THE WOLSELEY OPENS FOR BREAKFAST

“As the clock moves towards seven o’clock and opening, the staff check their stations for the last time. The muesli and the sugar, the honey-pourers that look like children’s rattles, the antique silver tea- and coffee-pots, the strainers that revolve in their own saucers, the little confiture pots of raspberry jam, chocolate spread, lemon curd and marmalade, the yoghurt bowls, the fresh fruit salad, the compote of prunes, the menus, the napery.

It’s seven. The doors are opened and thirty seconds later the first customer walks in. Pinstriped and briefcased, already furrowed of brow, he barely looks at the waiter, who, knowing him as a regular, walks to a familiar table. He unfolds the Financial Times, orders tea and cereal. The day has begun.”

And excerpt from ‘Breakfast at The Wolseley’ by A.A. Gill. Buy here.

The meaning behind the names. 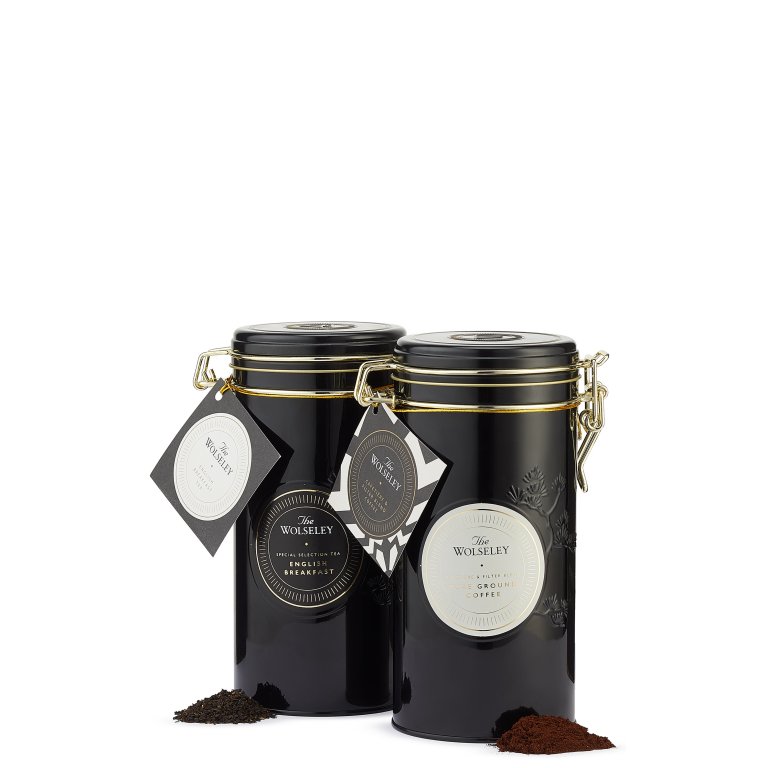 ‘Breakfast at The Wolseley’ Book by A.A. Gill

The essential oils behind our scent.

CEDARWOOD ~ The Cedarwood plant is found in extremely cold climates, which reflects its grounding and relaxing personality. Its aroma channels this habitat by expressing a fresh and woody fragrance.

PATCHOULI ~ Patchouli Oil is known to have originated from the Philippine Islands and Indonesia. It is a sweet, floral, herbal oil extracted from the leaves of the tree, with a dark orange-brown colour that reflects its spicy-woody odour. Patchouli Oil is commonly used in fragrances to give depth and body and blends perfectly with a variety of other oils, for example Vetiver.

VETIVER ~ The Vetiver Oil has become popular in perfuming relatively recently, but it was originally used in classical times. The oil originates from Indonesia but is now found in different countries around the world. The oil is of a golden dark brown/amber colour and has an earthy, herbaceous and slightly spicy aroma. 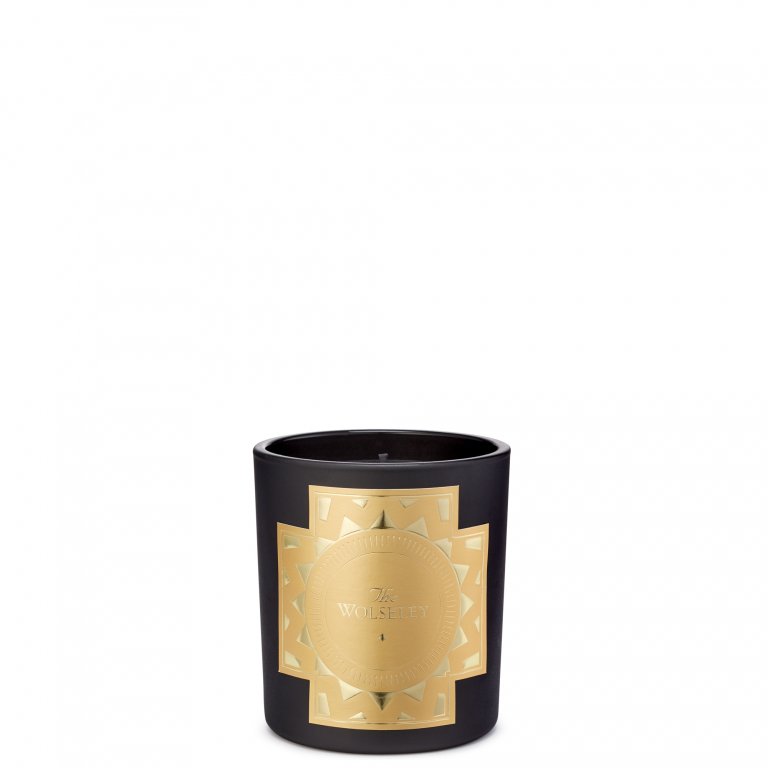 Brioche is a pastry of French origin. Being sweet and light, yet cakey, buttery and rich with eggs, brioche has long been a favourite for breakfast. It can be served as it is, or sliced and toasted to great effect, and with both sweet and savoury accompaniments.

The Wolseley’s Head Pastry Chef notes the harmonious marriage of marmalade with brioche (bread & butter pudding can be made with this particular pairing) and also that of brioche with lemon curd due to their buttery taste and velvety consistency.

Find The Wolseley’s recipe for brioche, along with those for other viennoiserie in ‘Breakfast at the Wolseley’ by A.A. Gill. Buy here.

TEA TYPES: AN INSIGHT INTO OUR BLENDS

A brief insight into the three blends comprising our popular gift sets.

ENGLISH BREAKFAST ~ A blend of loose leaf black teas from Assam, Ceylon and Kenya. The strength of Assam combines with the smoothness of Ceylon and the brightness of Kenyan, to give an invigorating tea with a rich and full-bodied flavour.

AFTERNOON BLEND ~ A finely balanced loose leaf blend. China black is infused with delicate Darjeeling and the floral sweetness of Formosa Oolong, to give a smooth and elegant tea with a refined flavour.

EARL GREY ~ A light and elegant China black tea. Delicately perfumed with the citrus of natural bergamot oil, this traditionally blended loose leaf tea is best enjoyed with either a dash of milk or slice of lemon. 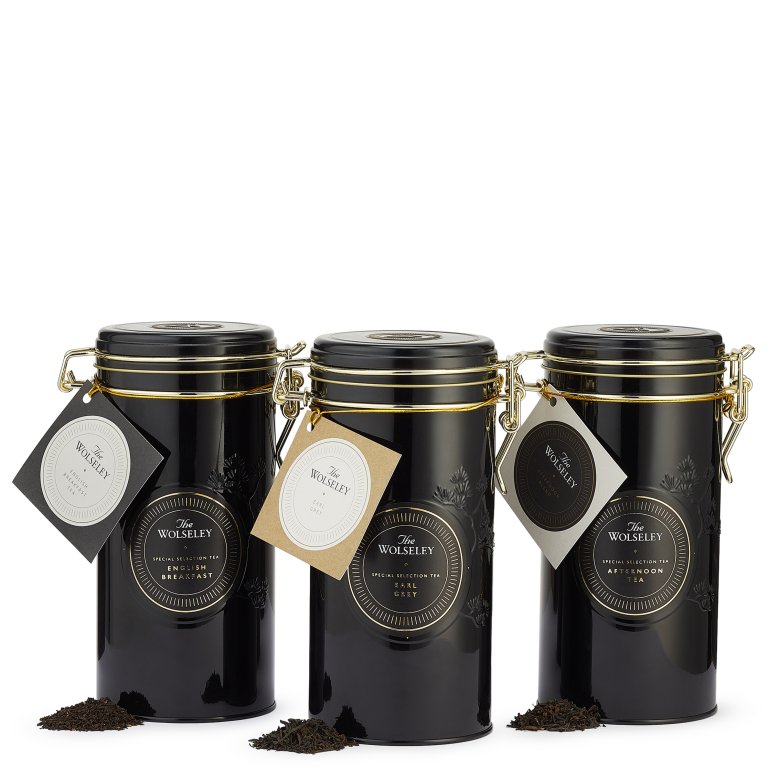 MILK: BEFORE OR AFTER…?

The much-debated topic that has divided tea drinkers for centuries.

“Milk in before or after pouring tea? There is no doubt that the two practices give very different taste results. The fats in the milk are affected in different ways by either having very hot tea poured slowly into the milk, so that these fats never overheat, or by suddenly plunging milk into a large cup of hot tea. Some also claim that adding the milk afterwards counter that putting the milk in first gives a milkier, more caramelized flavour that dominates the taste of the tea.

Perhaps the most decisive argument is that it is much easier to judge the correct quantity of milk in relation to the strength of the brew when adding afterwards. The Wolseley favours this approach.”

THE PERFECT CUP OF TEA

The Wolseley’s take on the centuries-old fine art of brewing that perfect cup.

The story behind our iconic silverware…

Each of our iconic silver-plated coffee pots, as used in The Wolseley itself, are sourced and specially selected from the leading silver suppliers in London. Our curated range encompasses a mix of Edwardian and Art Deco, made between 1900 and 1930. One of The Wolseley’s most requested items, they are adored by customers and no two are the same.

The story behind our iconic silverware and the origin of the silver teapot.

Each of our iconic silver-plated teapots, as used in The Wolseley itself, are sourced and specially selected from the leading silver suppliers in London.

Our curated range encompasses a mix of Edwardian and Art Deco, made between 1900 and 1930. One of The Wolseley’s most requested items, they are adored by customers and no two are the same.

Teapots originated from China and are thought to have derived from ceramic kettles and wine pots, which had been household items in the country for thousands of years. During the Ming dynasty (1368-1644), teapots became increasingly popular throughout the country and by the late 17th Century, tea was being shipped to Europe as part of the export of luxury goods, alongside porcelain teapots.

Originally the domain of the upper classes due to the high cost of the leaves, tea drinking gained popularity in Europe during the 18th Century. The earliest known silver teapot can be found today in the Victoria and Albert Museum in London – engraved with the Arms of the East India Country and those of Lord Berkley, with a hallmark dating it to 1670. The design and shape of silver teapots proceeded to evolve in various ways over the years and in colonial America it was Boston that became the epicenter for silver production and artistry.

The natural properties of silver allow heat to be retained well, making these the perfect vessels in which to hold tea. It is also a very durable material in comparison to others, such as porcelain or ceramic, making for a long-lasting teapot and an ideal keepsake.